Overview: Professional Con artist, Nicky (Will Smith) recruits Jess (Margot Robbie) onto his team. Together, they steal from people and get into trouble. The film makes it seem less illegal and more romantic and fun by skipping the scenes of people dealing with the financial fall-out from their scams. This 10 minute scene goes through a clever con that Nicky uses on LiYuan. The con itself is race neutral. However, it’s the execution, the way that the directors/writers made Li Yuan that reinforces the trope of the weird and sexually undesirable Asian man. Although Hollywood has only recently been able to portray certain black men as sexy, in this case Will Smith, Asian men are still relegated to these bottom-tier parts..

Scene #1: At 30 minutes in, Nicky and Jess place bets for fun during a football game. Li Yuan forcefully inserts himself into the betting game. Nicky and Jess assume that he’s drunk. Analysis #2: This scene is trivial on its own. However, this is just the first of many in this 10 minute scene where the undesirable Asian man is reinforced.

Scene #2: Everything about Li Yuan is off-putting: he possesses a greasy looking, half-assed Fu Manchu mustache as well as a thick Asian accent, whiny/child-like, and obnoxious. This goies on a few more times with Nicky losing every bet. Here are some examples of his annoying behavior. Analysis #2: This is less of a scene analysis, but more of a compilation of their interactions, where Li continually acts off-putting with a combination of arrogance, condescension, and whining.

Scene #3: Later, the scene continues by showing the viewer a glimpse of the misogynistic Asian Man trope. An Asian bodyguard prevents Jess from leaving the executive suite on Li Yuan’s orders. Now, it’s up to the non-Asian man to “protect women” with “western values”. You can’t hear it, but Li Yuan frantically instructs his bodyguard to step down in a high pitched voice. He’s reads this doozy of a line, “He likes to pretend he is the Kevin Costner and I am the Whitney Houston,” spoken with broken English and a thick accent. Analysis #3:So, now we establish that Asian men don’t respect women like other men (namely, western), who subordinates the Asian man. Furthermore, the “humor” in this scene implies some homoerotic relationship between Li and his bodyguard. That in itself is not offensive, but to add that on top of the list of undesirable Asian male traits is no longer a joke, but a form of malice. Why Kevin Coster and Whitney Houston? Why couldn’t he use the analogy of Battlecat to He-man, Chewbacca to Han Solo, Terminator to John Connor? These scripts are carefully and intentionally written a certain way. Remember that.

Scene #4: This con wraps up with a rigged bet, in which Nicky tells Li Yuan to use his binoculars to pick any player on the field while Jess must guess their jersey number. Long story short, throughout the past day or so, Li Yuan was psychologically primed with visual cards, music, and even a tattoo to pick the number 55.  Jess picks the correct number and Nicky wins the bet and a load of money. Here’s where it matters. Li Yuan’s reaction is so outrageous and immature. He flips out but changes his attitude from being condescending to supplicating.

Now, he begs Nicky to fly out to Vegas to gamble with him, praising Nicky’s “big fucking balls”, and calling him his “new fucking hero”. When Nicky condescendingly challenges Li Yuan to double or nothing, Li Yuan backs down like a neutered puppy. Analysis #4: He is completely emasculated in his own stomping grounds and he appears to enjoy it. Notice the framing. Li Yuan has no women on his side. Notice how Nicky is accompanied by an attractive white woman and Asian admirers in the background. 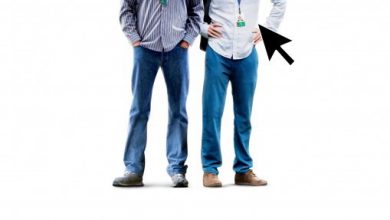