This joint production advertisement between Samsung Mobile and Marvel’s Avengers features a multi-cultural, star-studded cast coming together and becoming the Avengers using Virtual Reality technology. Despite this video being a showcase of technology and internationalism, an Asian still ends up being the joke.

The seven minute long video ad shows a group of people being recruited for the Avengers program through the use of VR headsets. People of all colors get casted: a Hispanic kid for Captain America, a Black guy (Eddie Lacy) for Hulk; truly groundbreaking. They meet as strangers, enter the VR, fight off robots, and emerge victorious at the end as a team. So far, so good. No sign of racial bias here. Towards the end of the video, a new round of heros are being recruited for the program. A brutish looking Asian man (Martial Artist Choo Sung Hoon) is seen on the roof of a skyscraper training for MMA. By pulverizing an Everlast punching bag, he discovers the VR device hidden inside. In a later scene, he speaks in a thick Asian accent.

Perhaps it is progress to show a one-dimensional unemotive chop-sockey martial artist with a gender bending effeminate nerdlinger…if they had used any other race than Asian or AAPIs.  Unfortunately, the writers invoke the same old clichés based on the same old racist stereotypes.  Asians are judo chopping robots or so effeminate, they prefer gender-bending and cross-dressing. Disgusting, prescriptive, and par for the racist course.

There is an unspoken rule in Western media. The Asian male must be castrated. The nerdy Otaku is an obvious and repulsive eunuch that requires no analysis. However, the MMA fighter is more nuanced. He has incredible physicality, but he has no personality and speaks in a thick accent to remind you of his Mongol Horde Inscrutability™. The same pattern shows up in films like The Mortal Instruments, where a heterosexual Asian male sex symbol is mutated into a make-up wearing homosexual who doesn’t wear pants.

Similarly, Jet Li and Jackie Chan are big action stars that get the girl in Asia, but in the West, they play an emotionless kung-fu robot and silly clown respectively. The formula is simple. All positive traits almost always must be outweighed by the negative traits. Examples: if you’re hot, you can’t wear pants; if you’re physical, then you’re emotionless or a clown; if you’re smart, then you are socially awkward; if you’re funny, then you’re desexualized, etc. The goal is castration of the Asian male. I don’t remember previous Samsung (Korean company) ads being racist against Asians. Marvel Studios (a repeat anti-Asian offender) must have sent their White Supremacy gurus in order to insult only Asians as opposed to any other ethnicity on Earth. Despite this video being a showcase of technology and internationalism by an Asian company, an Asian still ends up being the joke. This video makes me want to buy a Huawei phone instead. 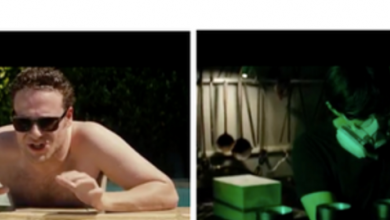