Jupiter Ascending (The Wachowskis, 2015) seeks to educate and entertain audiences with a tale of space-bound imperialism. However, this education falls short when it fails to depict Asians, and other people of color, as active players in the narrative. Jupiter Ascending follows the eponymous Jupiter Jones (Mila Kunis), who is revealed to be the genetic reincarnation of the former owner of Earth. The population of Earth and other planets in the universe are used by an intergalactic empire to produce a life extending product, the trade and consumption of which forms the basis of the power and capitalism of the ruling civilization. The people of the planets who will be harvested are kept unaware of the advanced civilization through technological means. To stop Jupiter from claiming her birthright, the current heir Balem Abrasax (Eddie Redmayne) hires Caine Wise (Channing Tatum), a dishonorably discharged wolf-human soldier, to track her down in return for restoring Caine to his former position. However, Caine and Jupiter fall in love and he helps her defeat the heirs one by one, both to protect her claim and to protect the people of Earth from being harvested to produce a life-extending consumable resource.

In general, the story is a typical guy saves girl, royal inheritance drama, using colonial European empire motifs including portrayal of whites as the dominant race in the universe (even over alien races), with plenty of Black characters in subordinate roles. One egregious example is when they show a Black woman as the figurehead of Balem’s sedan chair.

The issue with this movie is that it is basically colonial Europe in space and presents both white people (in power) and white cultural traditions as being normative. Ostensibly, the movie is an extremely shallow critique of animal rights and capitalism. An unwitting human population is being harvested and, being turned into capital for profit and power. There is also a thinly veiled analogue to the European so-called Age of Discovery to explain how humans spread throughout the universe, thus also equating white people as the default and original humans. The one social custom shown in the movie, a wedding, is based off of the traditional Christian/European wedding ritual.

There are three Asian characters, only two of which have speaking roles. One of the two only speaks one line. The other shows up for a few minutes total and fulfills the trope of the alternative Asian girl, fortunately with no other offensive portrayal. Although seemingly benign, this lack of portrayal begs the question of how Asian people are marginalized in Western society and seen as little more than passive participants or observers to the greater world around them.

The issue with this movie is that it is basically colonial Europe in space and presents both white people (in power) and white cultural traditions as being normative. As with many other cases of white aggrandizement in science fiction, it baffles the viewer to see that there are more aliens in a human-dominated universe than there are people of color, and that somehow the intergalactic royal House of Abrasax, and other important characters, are all white. 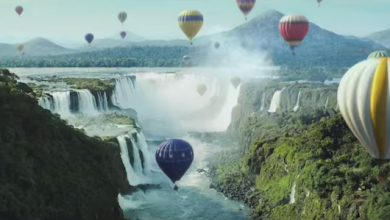