WARNING: NSFW (Not safe for work) There is distrubing content of an adult nature in this report and I’m not referring to the racism. Although, that too is disturbing.

OITB (Orange is the New Black) is definitely a class apart from other entries at Kulure Media. It is ground breaking on several levels. It critiques society, homosexuality and homophobia, transphobia, racism (lots of it), religion, and how human relations transcend some of these social boundaries. What more can you ask for in a show, right?

Well, it falls back to the same old tropes when it comes to representation of Asian women. I know, I know you might be saying “IT’S A PRISON, YO”. Classic Pennsatucky. Hold on, okay?
OITB has a whopping record number of TWO Asian characters. Let’s take a closer look at them.

This is Chang (who could have guessed!!) played by Lori Tan Chinn. And this is SOSO!! (Kimiko Glenn) Of course, you did!

Because obviously, White, Latina, Black people, can all be normal. Oh even Asians, but it’s just that for Asians, normal means “weird”.

Now let’s get to the point. OITNB effortlessly and smoothly brings out the Asian stereotypes, as old as Hollywood. It only took them two characters to fulfill these stereotypes.

1. Asians are weird, socially awkward and to be laughed at.
OITNB makes a genuine attempt at portraying prison inmates as fundamentally human, but unfortunate enough to make some bad decisions, have terrible upbringing, etc.
The exception starts with Chang. In the episode “Ching Chong Chang”, Chang is portrayed as weird, socially unaware, but genuinely cruel and cunning. She got into prison for ordering her gang to kill a man (by cutting out his gall bladder!) who rejected her. In the prison she handles the commissary*. She brushes with salt, puts both her feet in buckets of water and sleeps sitting up, makes weird disgusting patties all portrayed with funky funny background track.

Soso can’t make any friends and Chang doesn’t talk. There are other weird awkward stereotypes for these two.

2. Young Asian women are vulnerable, emotionally weak, sex trophies.
Soso is the epitome of the American stereotype of submissive Asian woman who needs to be saved from the “oppressive Asian culture”- the role either played by overbearing parents or Asian men. OITNB has picked the Asian Tiger mom. Should have been a tough call!

It is one thing when she’s called “China doll” by a Tiffany Dogget, a fellow prisoner. It’s another when the show subtly pigeonholes her into the cliched role. Unfortunate.

Also, as soon as Soso makes an appearance in the show she becomes a prized trophy, a sexual conquest for two competing lesbians. And obviously won by Nicky (Natasha Lyonne), who makes a racist slant eye joke in a later episode. Not too different from several other reports on this site, eh? Except for, the hyper masculine racist white man is replaced by a racist lesbian felon.

3. Asian people are greedy and evil. They hate each other.
And this is yet another nauseating stereotype which we are genuinely tired of seeing. From a Chinese mother trying to sell her daughter, a Chinese brother who refuses to support her, the Chinese man who refuses to “buy” her because she is too ugly. AND her revenge, by cutting out his gall bladder. While OITNB goes out of its way to portray inmates as multifacted humans, the Asian woman and her family are denied their humanity to reinforce the narrative of genuine animalistic cruelty. Same old pig, Netflix, just slightly different lipsticks.

Conclusion
The show has also been (deservingly) criticised for their portrayal of Black women. Yet, the high ratings tell us something about the American audience as a whole. No matter how much racism is stuffed into the show, they have learned to ignore it and move on. This is part of the reason why portrayal of Asians have not changed much since The Good Earth and we at Kulture intend to change this. Support us by sharing this article and check out our other offense reports! 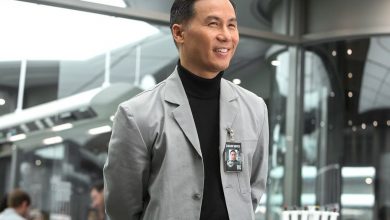