The Mortal Instruments movie was originally based on a book series of the same title written by Cassandra Clare.  The story revolves around warrior descendants who live in New York City and protect the human world from Demonic creatures.

Analysis: Magnus Bane is Known as the old warlock of Brooklyn. Upon arrival, the main party (Clary, Jace and co.) knock on a circular door where an Asian security guard opens a peep hole only to be hypnotised by some shining light. The Asian guard stands there like a zombie, incompetent of a main task. This portrays unreliability and suggests it is easy to “hypnotize” and trick an Asian fellow.

Of course to rub salt in the wound, the main cast waltz easily into what looks like a high class ball/club when Magnus Bane greets them, only to be missing his pants, walking around in his underwear and his made up face to look gay. Why did they make a Asian straight supermodel in real life to look like completely opposite. He follows up with “You know I don’t like you guys, but I’ll let you stay, but only because of the hot one” while he points to the white male in the background suggesting he’s not heterosexual, but gay. Why this reversal? Could it be due to race?

Of course he gets a lot of screen time….only to display the expensive mascara he has on him. Analysis: As if by instinct, Magnus finds his wounded (male) damsel in distress and he comes to rescue his crush. AT LEAST there was no need for him to wear mascara here.

Godfrey Gao has a lot of potential to be an Asian male superstar in the West yet as usual, they cast him in a gender-bending role. The audience gets a false image of Asian Men.

If the role was not bad enough, they even dubbed over Godfrey’s natural voice when fact there was nothing wrong with it:

Asian men are not caricatures, jesters or non-pants-wearing people. 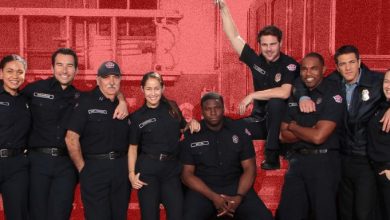